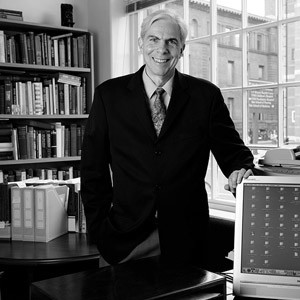 Director Emeritus and Fellow Emeritus
The John B. Pierce Laboratory

After a post-doctoral year at Harvard, Marks came to the Pierce Laboratory in 1966. He was promoted to Fellow in 1984 and served as Director from 1999-2009. Originally trained as a cognitive psychologist specializing in language, Marks has devoted most of his scientific career to elucidating human sensory and perceptual processes, including mechanisms of multisensory integration and interactions of sensory with cognitive processes in the coding and representation of perceptual information. Among his awards and honors are election as Fellow of the Society for Experimental Psychologists, the American Association for the Advancement of Science, the New York Academy of Sciences, the American Psychological Association, and the Association for Psychological Science; election to the Connecticut Association for Science and Engineering; a Jacob Javits/Claude Pepper Award from the National Institutes of Health; and an honorary doctorate from Stockholm University.